I have completed my 30 days without sugar and far from being the arduous experience I had anticipated it was actually reasonably straightforward. Aside from the inconvenience it caused me in the supermarket and on the odd evening out it was pretty much drama free. This is not to say that it wasn’t illuminating, that I didn’t learn some valuable lessons and that there were not a number of benefits and drawbacks because there were.

How did it go?

Breakfast. Strangely enough I found this to be the most difficult meal of the day. I love fruit and could happily munch through a mountain of it at breakfast but even I have my limits. I found porridge oats with nuts and grated apple to be an excellent start to the day and a piece of home baked bread with Marmite or peanut butter were also good options but in general there were days when I missed a bowl of cereal, a blob of marmalade, a croissant or my favourite Sunday morning breakfast of American pancakes with maple syrup..yum yum. I have realised that breakfast is a meal that I really look forward to and it has taken a sugar free month to really bring it home. I have realised that whenever I have stayed in hotels it is always breakfast that has me excitable (I need to get out more) despite the riches of dinner or lunch. Give me a groaning breakfast buffet table with a pot of hot strong coffee and I am a happy man indeed. At breakfast I don’t necessarily need something sweet but having the option is supremely comforting.

Supermarkets. They are a pain when you aren’t eating sugar. Sugar is hidden in everything and secretes itself in even the most unlikely places (Crisps and Bread) so wandering around the aisles reading the labels of everything means that shopping takes longer and staff look at you strangely wondering if you’re about to slip a wedge of Cheddar into your coat pocket. I have found that this month I have shopped more often and that it has taken longer. More often because it has been harder to plan what I will eat, and I think this is because my appetite has been getting used to a different regime and, in response, has demanded greater indulgence and whim. Fair enough.

Chocolate. I adore good quality dark chocolate (who doesn’t?) but I have historically also enjoyed slumming it with a bar of Galaxy. At Easter I was given a big bar of milk chocolate and it has sat on the shelf patiently waiting for the end of my sugar free days ready to be devoured in a single sitting. Strange things happened. Firstly there was a distinct lack of desperation in tearing off the wrapper and getting stuck in, but that was nothing compared to the overwhelming disappointment at the taste. It doesn’t taste particularly of anything except intense sugar and this, after only 30 days, is something I find pretty foul. The sickly sweetness of milk chocolate is possibly the most dramatic illustration of how significant change can occur in just a short time. Habits don’t take long to make and they don’t take long to break.

Sleeping. I could sleep for England and that’s a fact. I get up early and I go to bed at a reasonable time too but in between sleep is never a problem. Where sleep is a problem is when I am sitting on the sofa watching the TV. My ability to doze off whilst supposedly engrossed in an engaging TV programme is legendary but this month without the stultifying effects of sugar in my system I have found myself feeling sleepy before bed much less often. This was not really a benefit I had expected but it has been a hugely welcome one all the same.

Bread. If you want to avoid sugar and you enjoy wholemeal bread you gotta make it yourself. That’s that. Apparently food producers put brown sugar and molasses in brown bread to take away the bitter taste of the flour. A piece of advice for food producers, if you make it properly it isn’t bitter.

Weight. This was quite interesting to me because I wondered if being without sugar would cause me to lose weight. I don’t need to lose weight and happily I didn’t. I ended the month tipping the scales at the same weight I began it but I suspect that had I been overweight I would most certainly have lost a few pounds purely by virtue of the fact that I was eating food which was less processed and therefore easier for the body to deal with. I have however found that my general levels of energy and motivation have shot through the roof. I also have felt much better about myself knowing that I am really looking after my physical needs. If you want to really illustrate to yourself how inextricably linked the body and mind are go without sugar for a month and see its impact with your own eyes.

Salads, Fruits & Vegetables. I love all three and I reckon it would have been an arduous if not impossible month without them. They have always been good friends of mine but in this past month they have shown themselves to be closer than I had realised. In my work with clients, and particularly those interested in losing weight, I have often heard people tell me they don’t eat vegetables and don’t like fruit. These facts don’t just make the transition to healthy diet and weight difficult they make it impossible. Its like trying to build a house without any foundations. The damage we do to our children if we don’t encourage the importance of fresh fruit and vegetables is immense and for the generations that come after its bigger than that.

Cooking. This would have been a tough month if I didn’t enjoy cooking and have a deep interest in food. Working full time running my own business, spending time with my children and all the other demands of modern life meant that although I had intended to blog regularly about my experiences I didn’t do so, but other than that I managed to keep all plates spinning. If you are not interested in the food that you eat you have to accept that you are at the mercy of the food producers. The less engaged you are with food the more control of your mental and physical wellbeing you are surrendering. I’m not suggesting its wrong but I do think that your good health will never be as important to someone else as it it to you.  There is an important lesson in here too. We only do and sustain the things that are important to us and this brings me to my final point.

Willpower. I have a theory about willpower. People who say they want to change behaviours and come to see me also often say that they have no willpower. I respond by asking them to tell me about something they love doing. Once they reveal this to me I ask them if they ever have to motivate themselves to go and do it and they usually laugh and say “No! Never”. That’s why the idea that you have no willpower is absolute nonsense. Willpower is simply your ability to do something that you want to do so the issue is never with your willpower but rather with your desire. If you really WANT to change something I can guarantee that you will be able to do it and I would always back myself to show you how. If however you just say that you want to do something because you think you should then you are in big trouble. You cannot kid yourself.

Somebody asked me near to the end of my experiment whether it had been difficult and I answered honestly. “No, its been easy but that’s because of two things. First, it was my choice and I really wanted to do it. Second, I knew if I stopped wanting to do it I could stop” This is the thing we sometimes miss about behaviour change, we can tell ourselves we “must” or “mustn’t”, that we “should” or “can’t” but the reality is that none of us likes being told what to to, even by ourselves.  When we lighten up and listen to what our own inner voice is saying we can do remarkable things and giving up sugar for a month is really very easy indeed.

For more information on my experiment or if you’re looking for help with your own behavioural change don’t hesitate to get in touch or visit me at: 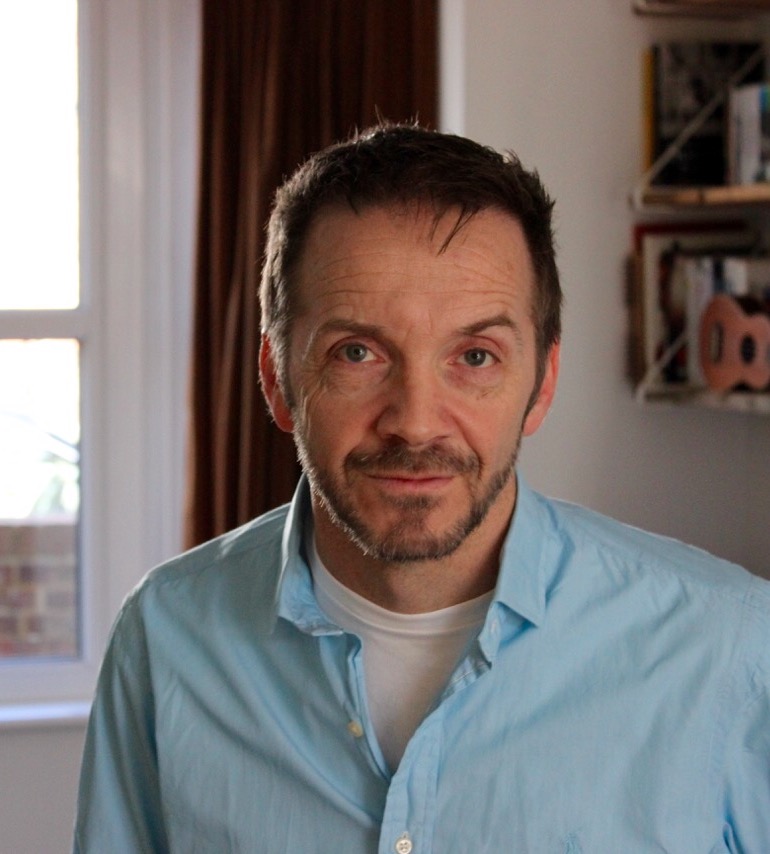 Therapist, Thinker, Cook. Exploring the beautiful connection between what we eat and how we feel.